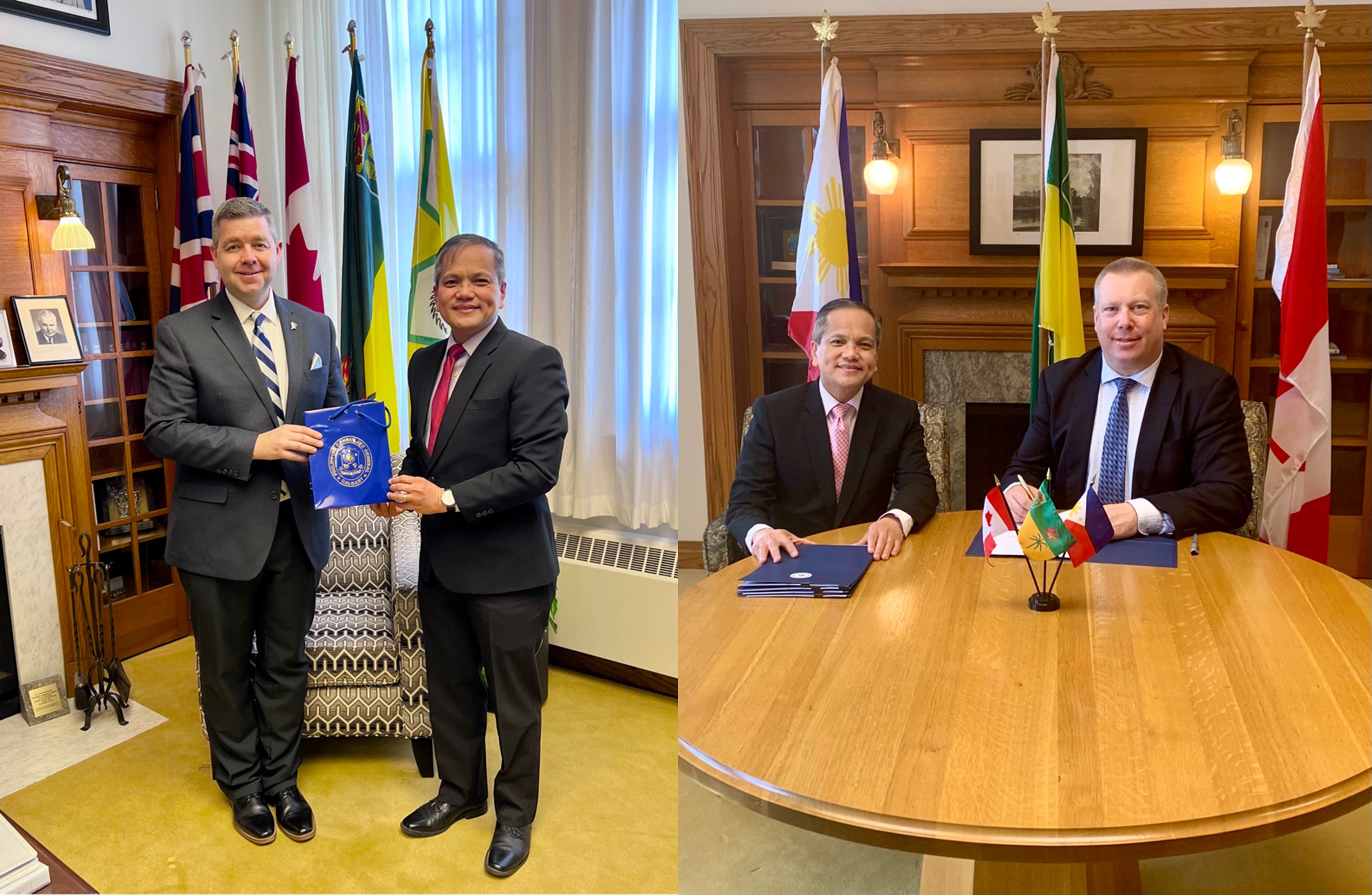 Consul General Zaldy Patron met with Saskatchewan’s Minister of Immigration and Career Training Jeremy Harrison (left) and Minister for Advanced Education Gene Makowsky (right) during his visit to Regina, Saskatchewan, on 6-8 April 2022 to promote labor and education cooperation between the Philippines and Saskatchewan and to also advocate for the easier recognition of credentials of Filipino nurses residing in Saskatchewan.

Consul General Patron and Minister Harrison discussed the plan of Saskatchewan to recruit Filipino nurses from the Philippines through a possible government-to-government arrangement.

On the other hand, Consul General Patron witnessed Minister Makowsky countersigning the MOU on Cooperation on Higher Education that Chairperson Prospero De Vera III of the Commission on Higher Education (CHED) of the Philippines signed on 3 February 2022 during a virtual signing ceremony organized by CHED, Saskatchewan Ministry of Advanced Education, and the Embassy of Canada in Manila. It was the first MOU that CHED signed with a province in Canada.

Further, Consul General Patron briefed the two Ministers about the progress of the ongoing advocacy of the Philippine Consulate General in Calgary for an easier recognition of credentials of the Filipino registered nurses who are now residing in Saskatchewan. END.