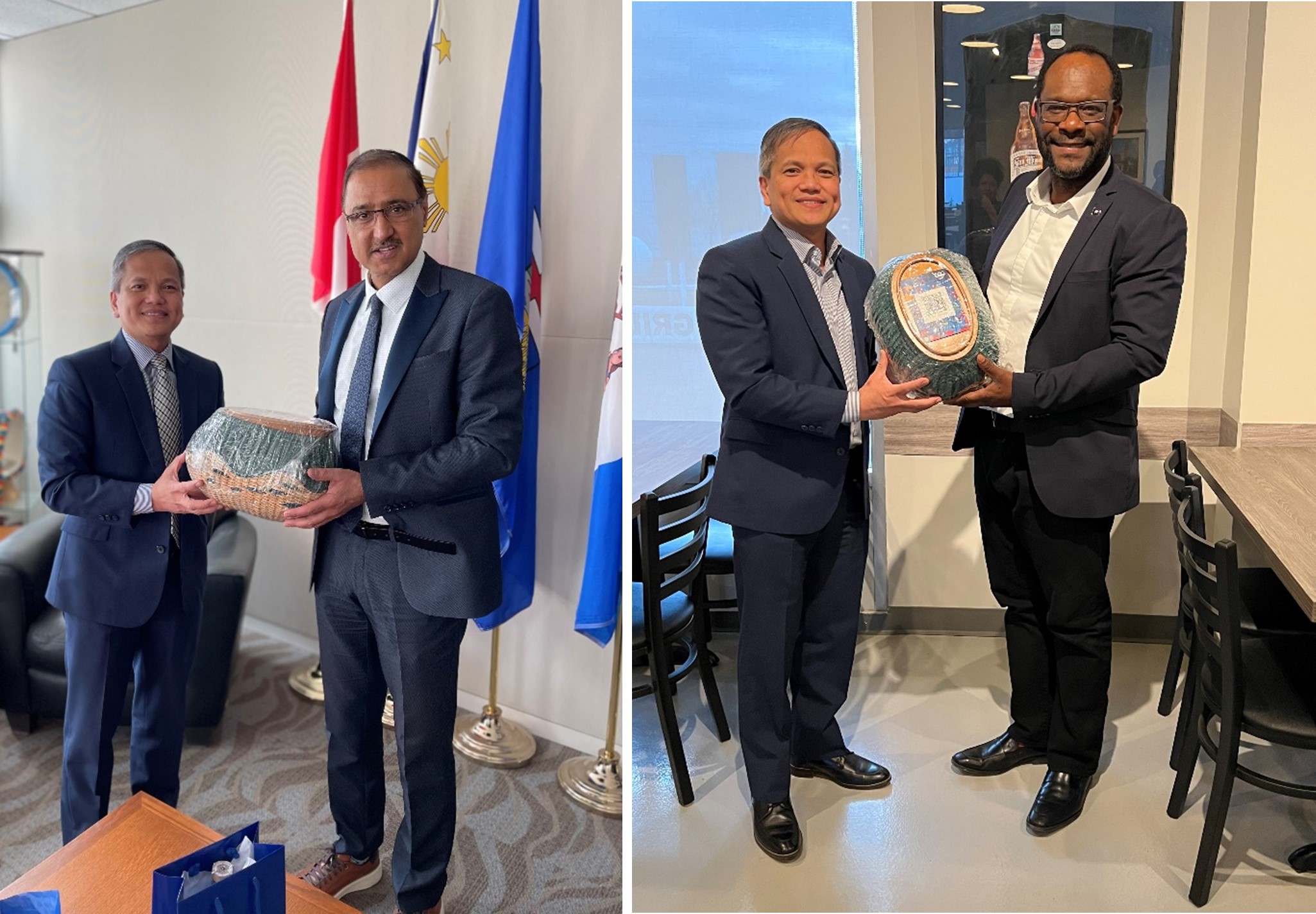 Consul General Patron congratulated Mayor Sohi on his election as the 36th Mayor of Edmonton in October 2021. He asked for his continued support for the

Filipino community in Alberta, which hosts an estimated 64,000 Filipino-Canadians.

Consul General Patron informed Mayor Sohi about the Graduate Scholarship Program (GSP) between the Philippine Department of Science and Technology (DOST) and the University of Alberta (U of A) that got introduced to each other through the efforts of the Philippine Consulate General in Calgary. Currently, there are four DOST scholars studying in U of A under the GSP.

The two officials discussed other potential areas of cooperation between the Philippines and Alberta in the areas of energy, trade, and culture.

In his other meeting, Consul General Patron shared with Minister Madu the PCG’s advocacy for the easier and expeditious recognition of credentials of the Filipino nurses in Alberta.

Likewise, they talked about potential labor cooperation involving other trades and professions. END.