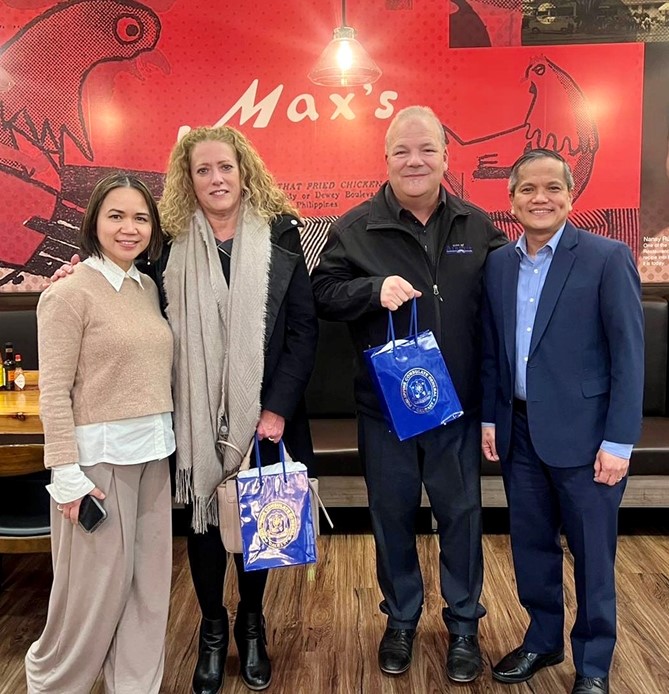 Calgary, 26 April 2022 – In appreciation of the key role he played in the successful installation of the first Dr. José Rizal Monument in Alberta, Canada, Consul General Zaldy Patron hosted Mayor Peter Brown of the City of Airdrie for dinner at Max’s Restaurant in Calgary on 22 April 2022 during the ongoing Filipino Restaurant Month in Canada (FMRC).

The Rizal Monument in Airdrie, a project that was jointly undertaken by the Philippine Consulate General in Calgary, the Airdrie City Council, the Filipino Airdrie Association, and the Rizal Monument Project Team (RMPT), now proudly stands in the city’s Nose Creek Regional Park after its public unveiling on 23 October 2021.

The iconic Max’s Restaurant, one of the most popular Filipino brands, started business in the Philippines in 1945 and now has six locations in Canada. In Alberta, it has branches in Calgary and Edmonton.

Aside from Mayor and Mrs. Brown, Consul General Patron also had the members of the RMPT as his guests at the FRMC dinner.

With 40 participating restaurants, the inaugural FRMC is taking place during the whole month of April 2022 in seven provinces and 18 cities in Canada. The FRMC is a joint project of the Philippine Embassy in Ottawa, the Philippine Consulates General in Calgary, Toronto, and Vancouver, and the Philippine Department of Tourism. END. 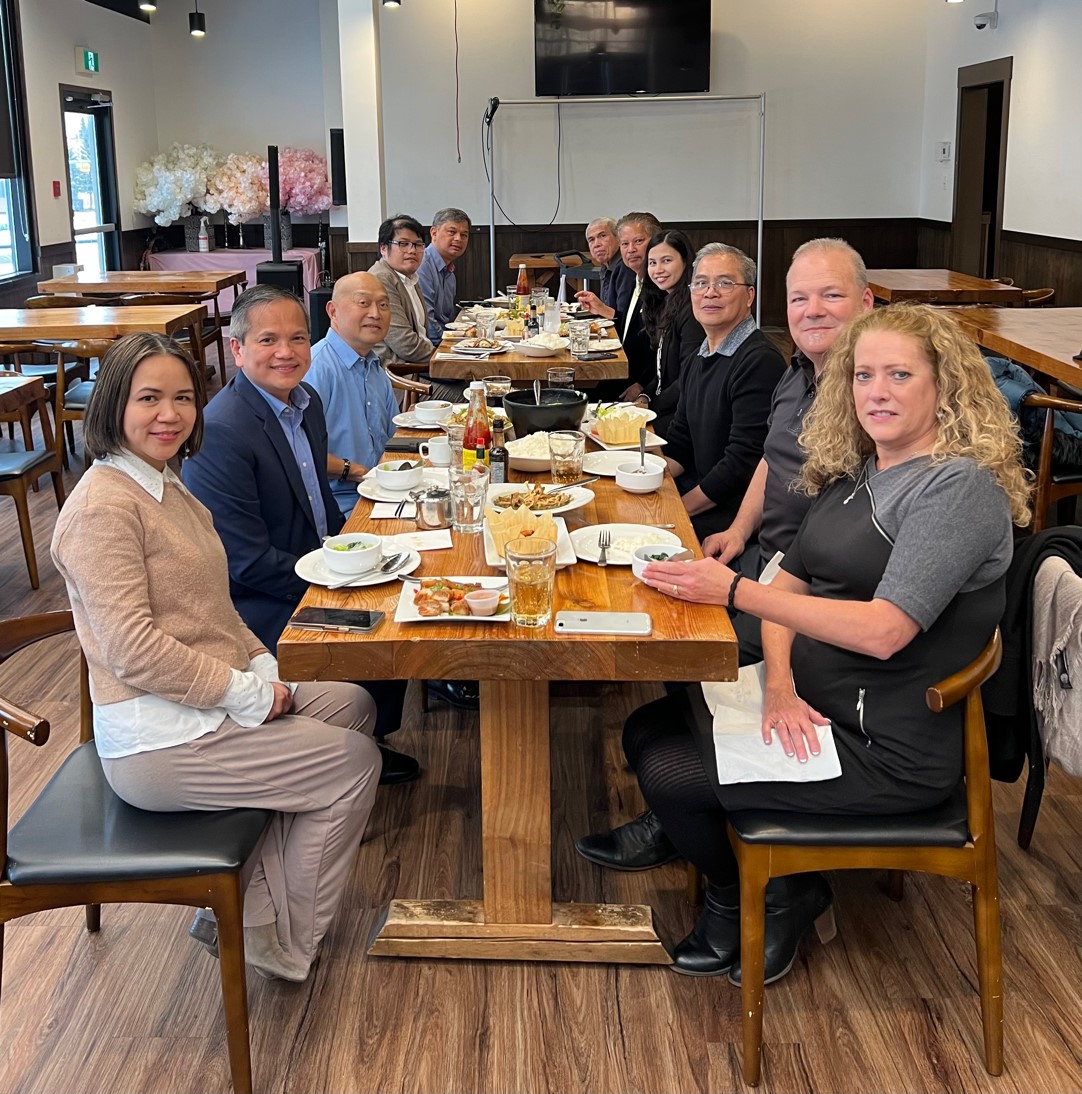 Consul General & Mrs. Zaldy Patron (2nd from left and leftmost) together with Airdrie City Mayor & Mrs. Peter Brown (2nd from right and rightmost), the members of the Rizal Monument Project Team, and the officers of the Philippine Consulate General in Calgary.