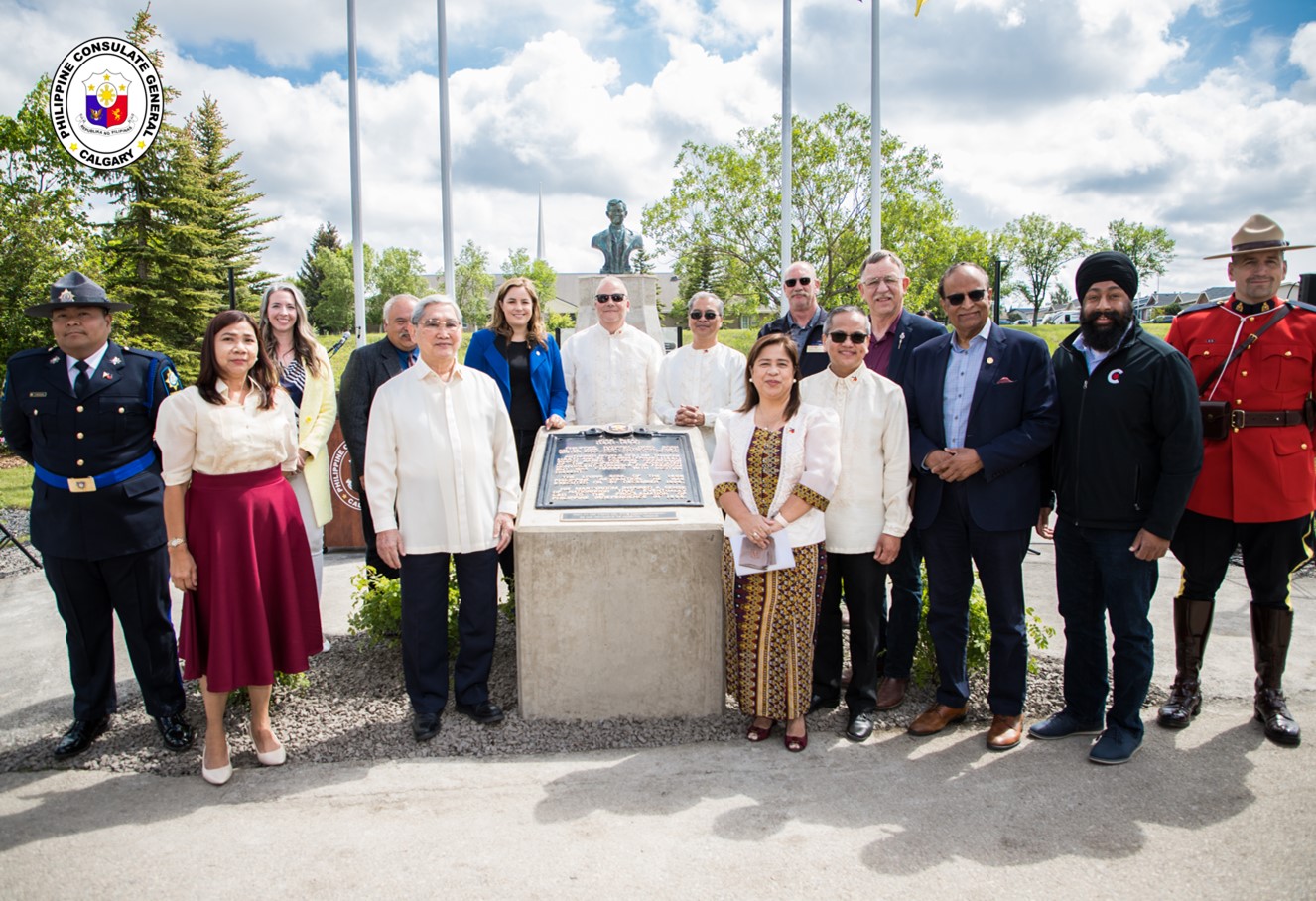 The NHCP’s historical marker is made of cast iron measuring 27 inches x 35 inches and was shipped from Manila to Calgary.

With the NHCP’s installation of the historical marker, the 10-foot-high Rizal Monument in Airdrie featuring a Rizal bust made by renowned Filipino sculptor Toym Imao will now be included in the NHCP’s registry of historical structures outside the Philippines. The NHCP approved the installation of the historical marker to give recognition to the Dr. José Rizal Monument in Airdrie as the first of its kind in the Province of Alberta.

The NHCP is the primary Philippine government agency responsible for the promotion of Philippine history. Part of its mandate is to declare historically significant sites, structures, events, and personages within and outside the Philippines.

Representing NHCP Chairman Dr. Rene Escalante at the event was Executive Director Carminda Arevalo. In her remarks, she recalled the life, achievements, extra-ordinary characters, and heroism of Dr. José Rizal. She said that “Rizal represents both the experiences and triumphs of the Filipinos worldwide.”

Consul General Zaldy Patron, on his part, thanked everyone who was involved in the Dr. José Rizal Monument Project that the Philippine Consulate General initiated and led as part of its cultural diplomacy program. The project was implemented in partnership with the Airdrie City Council, the Filipino Airdrie Association, and the Rizal Monument Project Team (RMPT) that Consul General Patron formed and headed. Forty-six (46) major sponsors and 201 brick donors contributed for the completion of the project.

Ambassador Robles, in his remarks, expressed hope that “with the concrete monument erected in his honor, the aspirations and hopes of Dr. José Rizal will continue to live in our hearts and minds as we gather here every year to remember his birth and his martyrdom.” 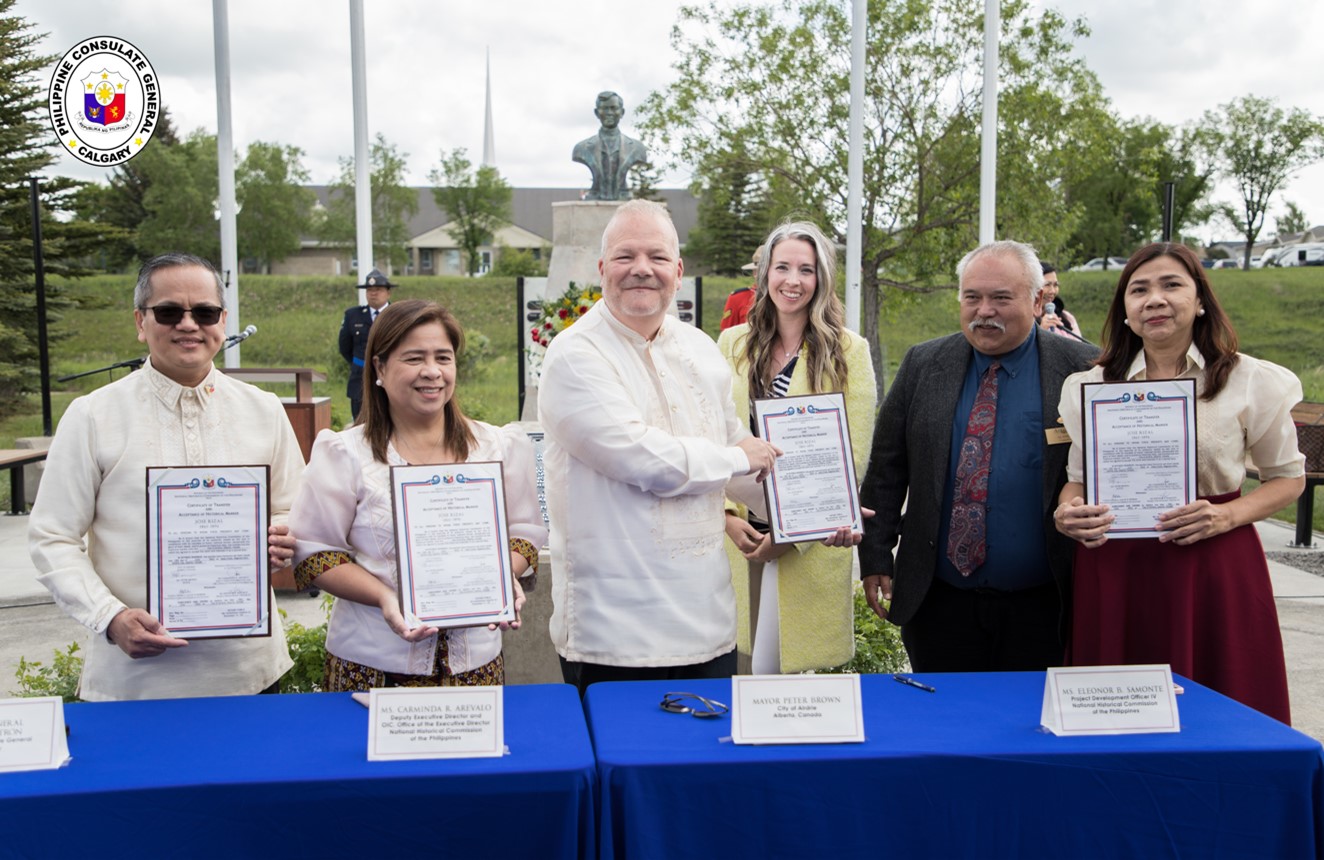 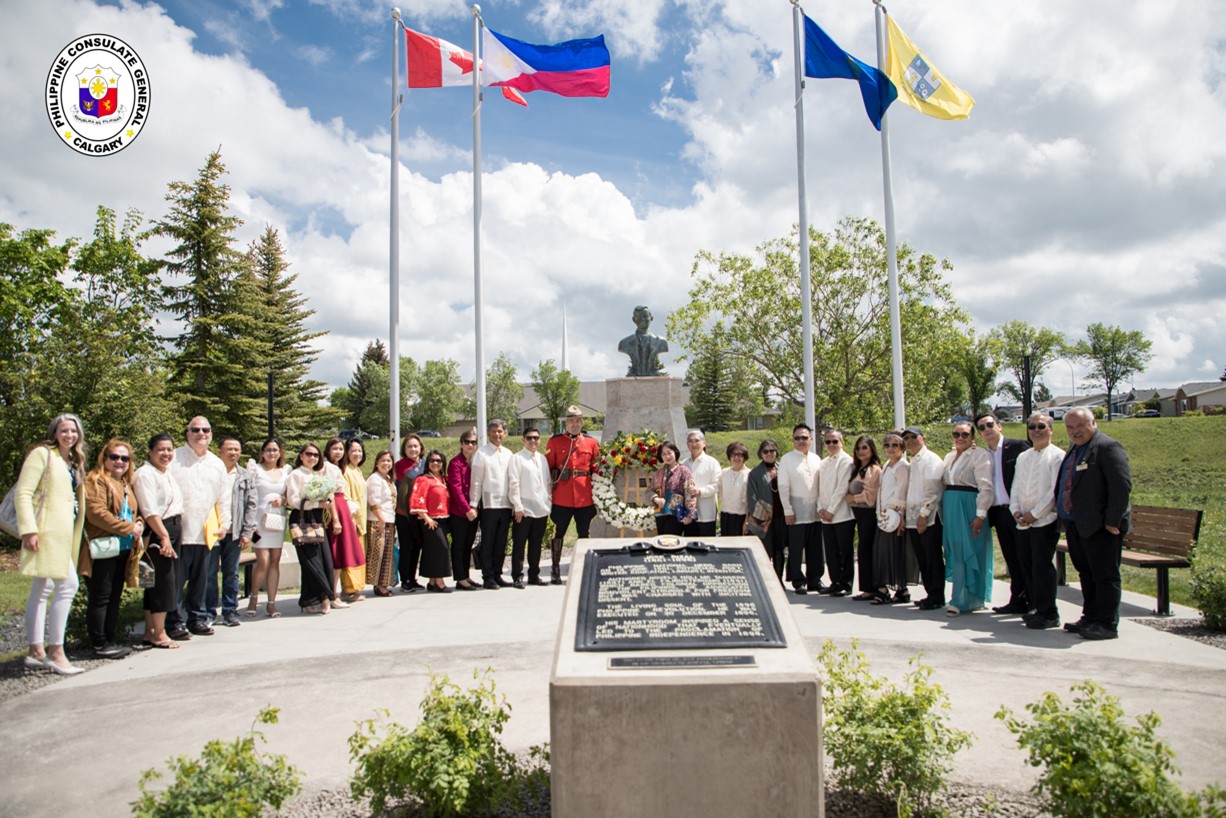 Some of the attendees at the unveiling ceremony for the NHCP’s historical marker. 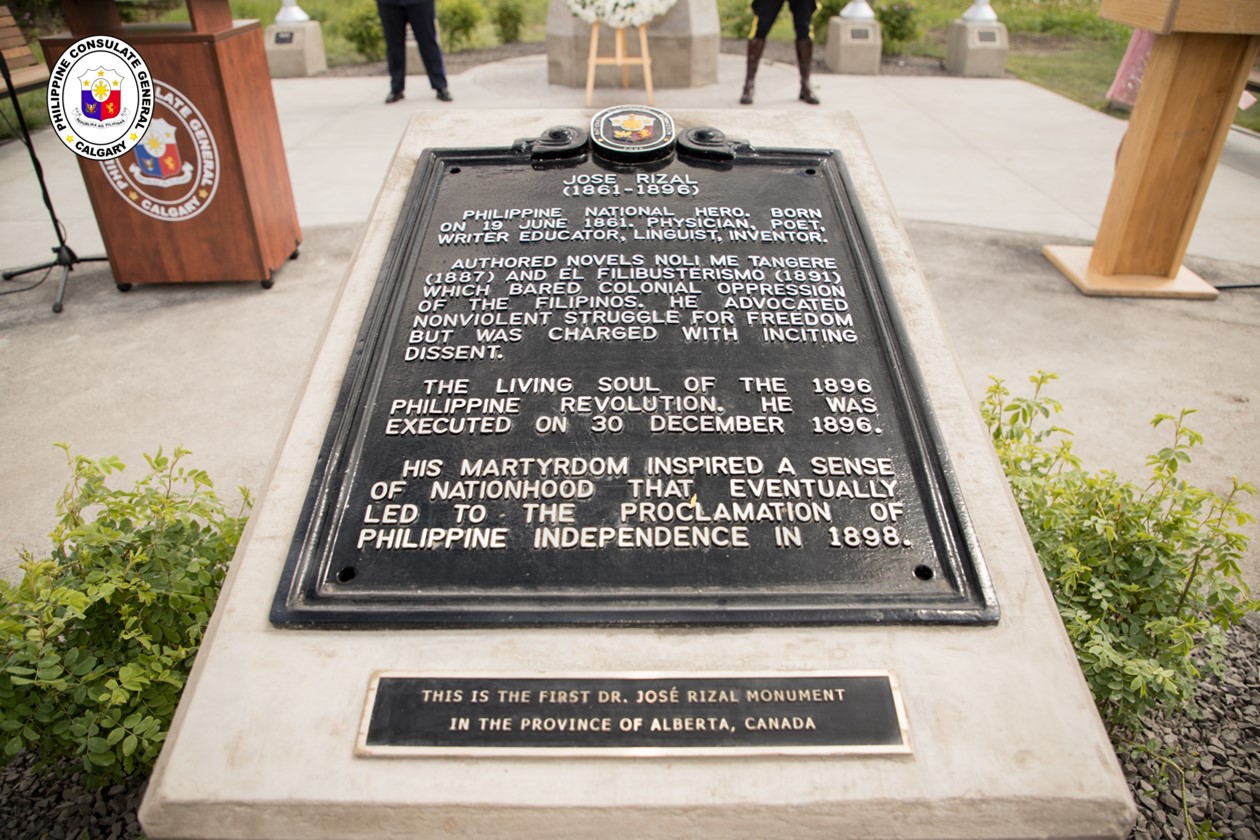 Prime Minister Trudeau described the unveiling of the Rizal Monument historical marker as a “momentous day for the Philippine Consulate General, the Airdrie City Council, the Filipino Airdrie Association, the Rizal Monument Project Team, and the Filipino community across Alberta.” He referred to Dr. José Rizal as an important figure in the history of the Philippines.

Prime Minister Trudeau further said that the “gathering also provides a wonderful opportunity to recognize the significant contributions and the rich culture and traditions that past and present generations of Canadians of Filipino origin, including Alberta’s 175,000-strong Filipino community, have brought to our country.” END