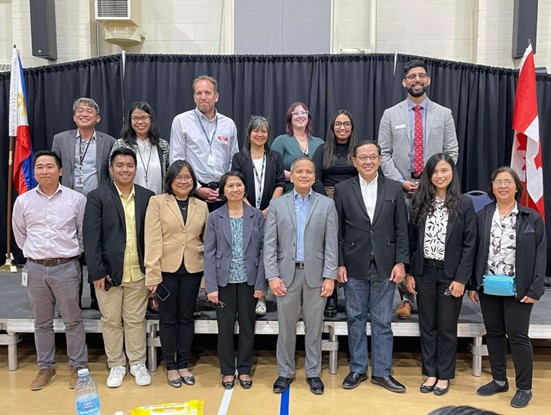 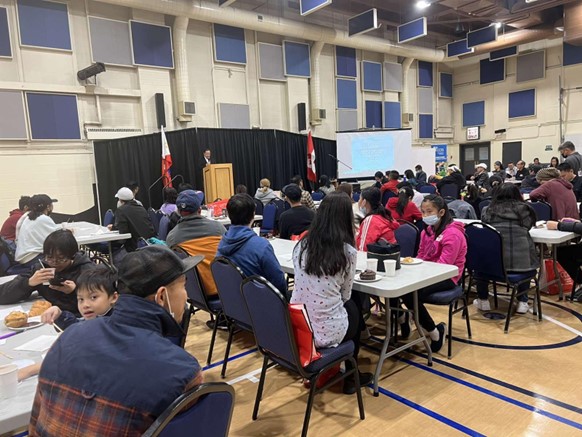 Labor Attaché Jainal Rasul delivers his welcome remarks for the participants of the Filipino TFW Assembly who came from Calgary, Edmonton and Banff.

Calgary, 28 September 2022 – A gathering of Filipino Temporary Foreign Workers (TFWs) was held on 24 September 2022 at the Kerby Centre in Calgary, Alberta, Canada, to make them aware of their rights, welfare and responsibilities as well as the various services available to them.

Seventy-five (75) TFWs from Calgary, Edmonton, and Banff listened to the presentations of various resource persons who discussed the following topics:

● community support for TFWs provided by the CCIS and CSS.

In his keynote message, Consul General Zaldy Patron said it was important and crucial for the Filipino TFWs not to fall victims to illegal practices, as he reminded them to become more knowledgeable about the many resources and recourses that are available to them.

Consul General Patron underscored that the Philippine Government would like to see the Filipino TFWs succeed and he expressed hope that the participants in the TFW Assembly would be part of the success stories of the Filipino migration in Alberta. END