In a meeting with the school’s Principal Joy Pablo-Wrzosek, Consul General Patron expressed his appreciation to Father Lacombe HS, the only school in Calgary that currently has Filipino Language & Culture classes. He offered to help the school obtain more books and information materials that can be used in teaching these classes. He also donated some books from the Philippine National Commission for Culture and the Arts.

Consul General Patron encouraged Father Lacombe HS to include in the school’s field trip program a visit to the Dr. Jose Rizal Monument in Airdrie, Alberta, to increase the students’ awareness about their Philippine heritage.

Likewise, he gave a short talk to the 30 students having Filipino Language & Culture class during his visit. 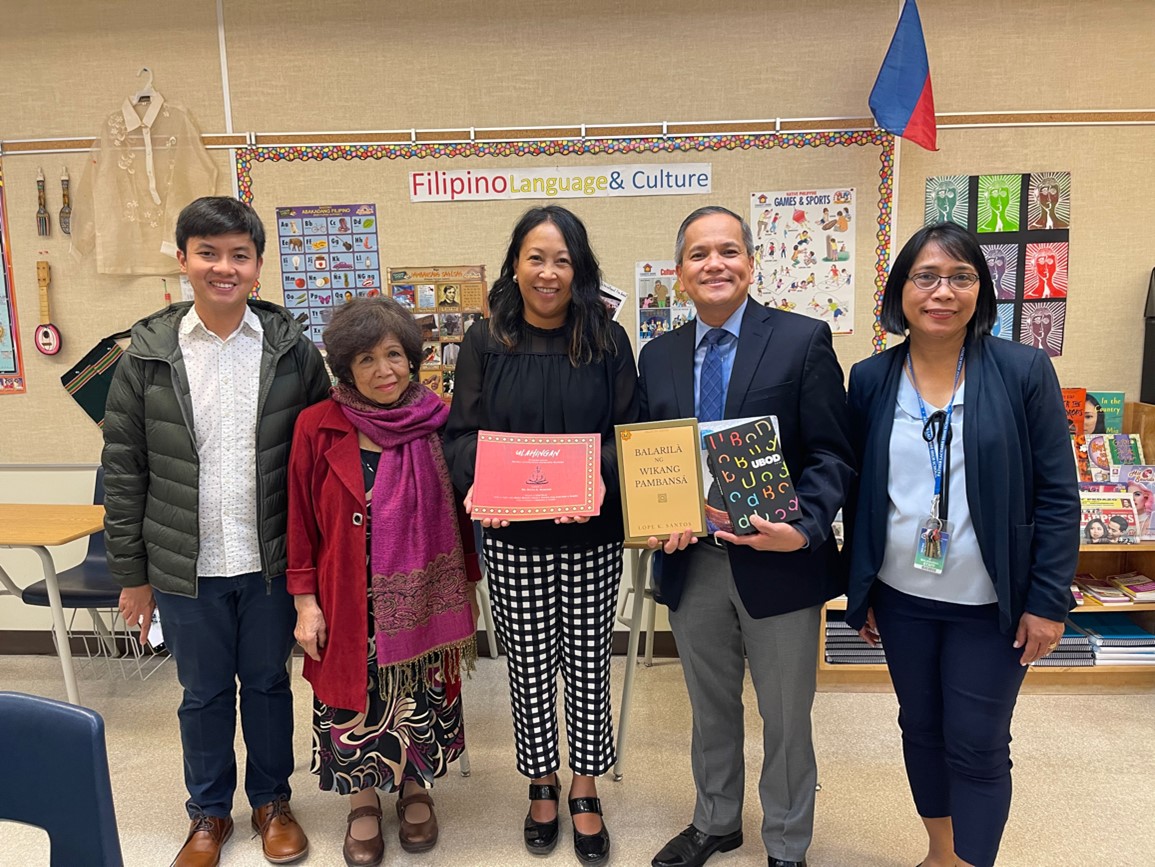 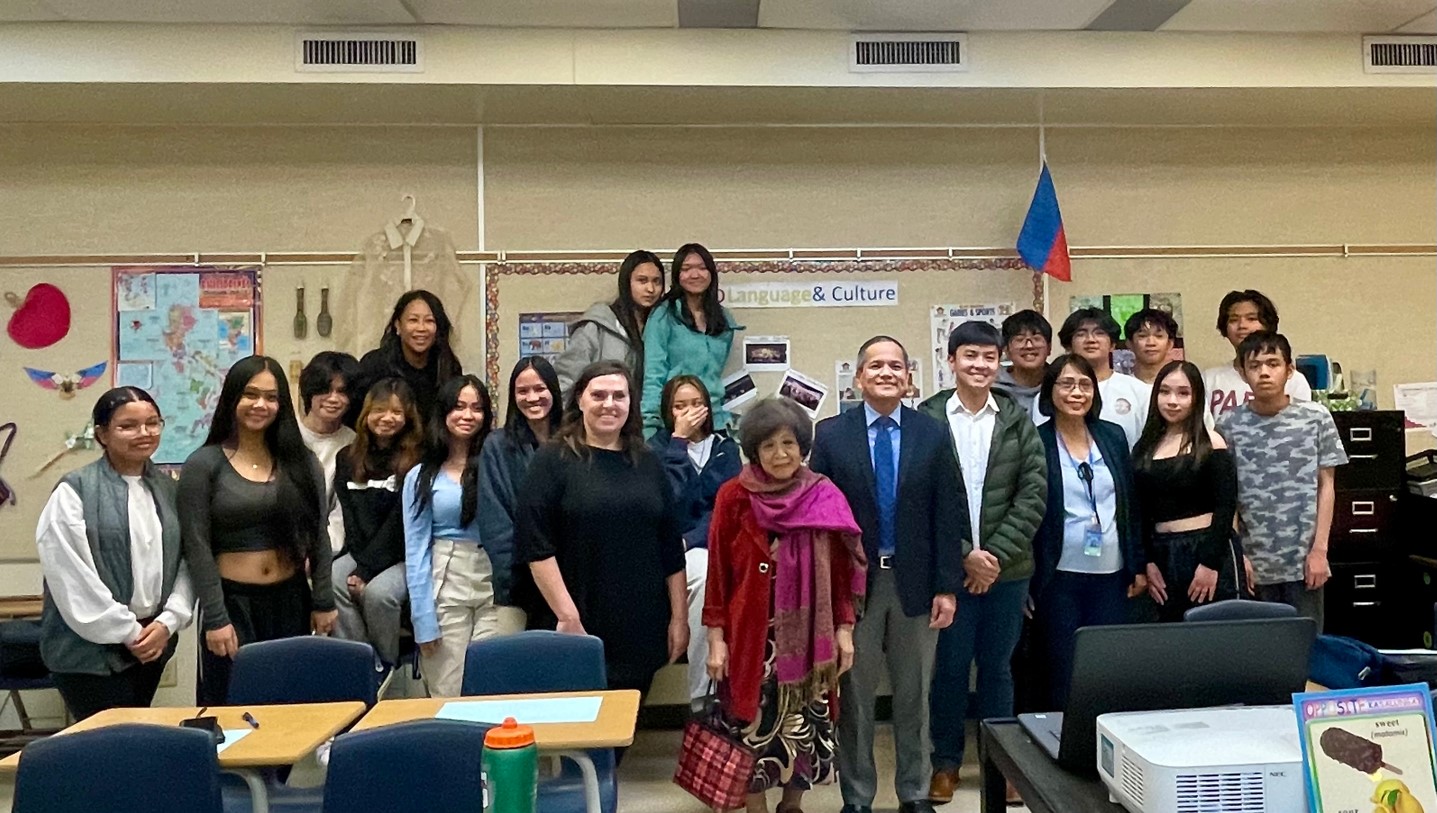 Consul General Zaldy Patron with some of the officials of Father Lacombe High School and the students of Filipino Language & Culture class.

“I hope we can have more schools in Calgary, just like Father Lacombe High School, that can offer Filipino Language & Culture classes, especially in areas where we have large Filipino communities,” Consul General Patron said after the visit.

Joining Consul General Patron in the visit were Mrs. Aurora Dacanay, who pioneered the teaching of Filipino language and culture in Calgary and developed a curriculum adopted by the Alberta Catholic schools about 15 years ago; Dr. Jayson Petras, Associate Professor of UP Department of Filipino and Philippine Literature, and Director of Sentro ng Wikang Filipino – UP Diliman; and Mr. Clem Tigley, President of the Philippine Cultural Centre Foundation (PCCF) of Calgary, a non-profit organization providing weekend Filipino language classes for members of the community. END.