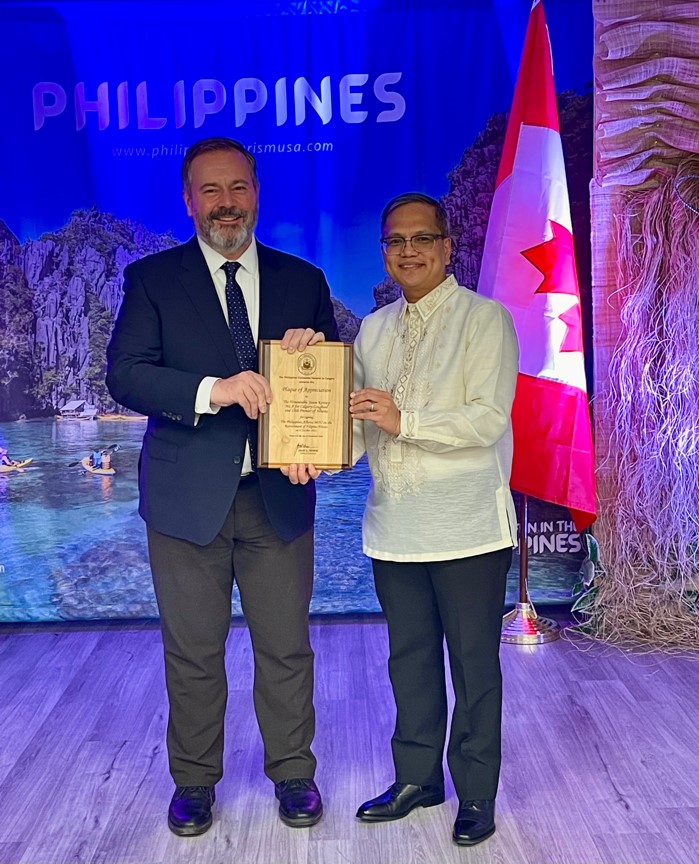 Consul General Zaldy B. Patron (right) presenting a plaque of appreciation to the Honourable Jason Kenney, Member of Legislative Assembly for Calgary-Lougheed and the 18th Premier of Alberta. (Calgary PCG)

Calgary, 10 November 2022 – Philippine Consul General to Calgary Zaldy B. Patron hosted a reception on 8 November 2022 to express appreciation for the Alberta Government officials who played key roles in the signing of the Philippines-Alberta MOU on the Recruitment of Filipino Nurses last 6 October 2022.

Attending the event held at the Dr. José Rizal Hall of the Philippine Consulate General (PCG) were guests of honor Jason Kenney, Member of Legislative Assembly (MLA) for Calgary-Lougheed and 18th Premier of Alberta, and Minister of Advanced Education Demetrios Nicolaides. 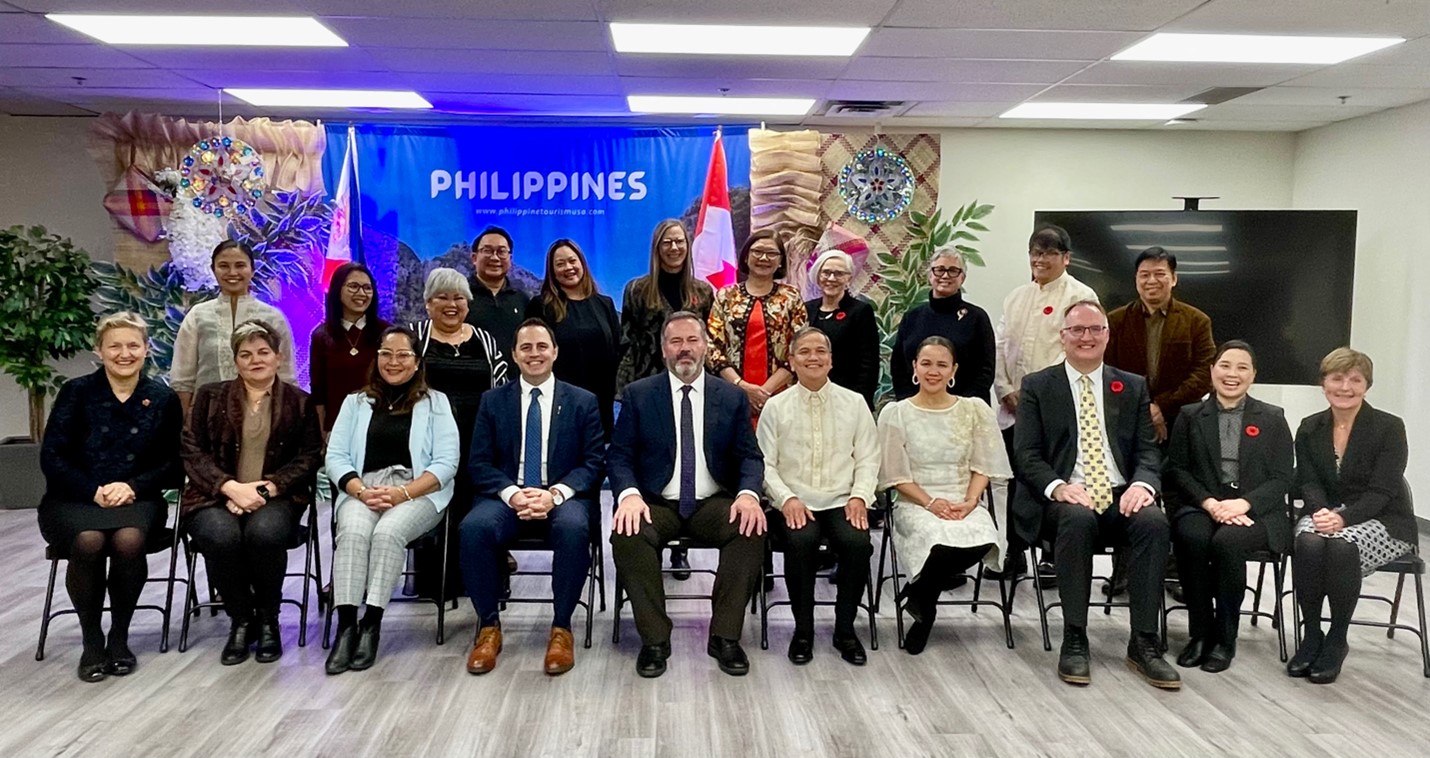 Consul General Patron thanked former Premier Kenney for signing the MOU that will now pave the way for a government-to-government recruitment of Filipino nurses from the Philippines.

The MOU also opens the possible delivery of Alberta’s nursing bridging program in the Philippines through accredited institutions.

Further, under the MOU, a Filipino internationally educated nurse (IEN) in Alberta may be eligible to receive a financial assistance of up to $15,500.00 under the Alberta Government’s $3.5-million bursary program for the IEN, which was also announced on 6 October.

A Filipino IEN can use the incentive to pay for the assessment and testing fees as well as the tuition for the nursing bridging program to comply with Alberta’s requirements for the recognition of credentials of the IEN.

Former Premier Kenney paid tribute to the highly skilled Filipino nurses for their contributions to healthcare system of the Province of Alberta. He also thanked Consul General Patron and the PCG for partnering with his administration to finalize the MOU. 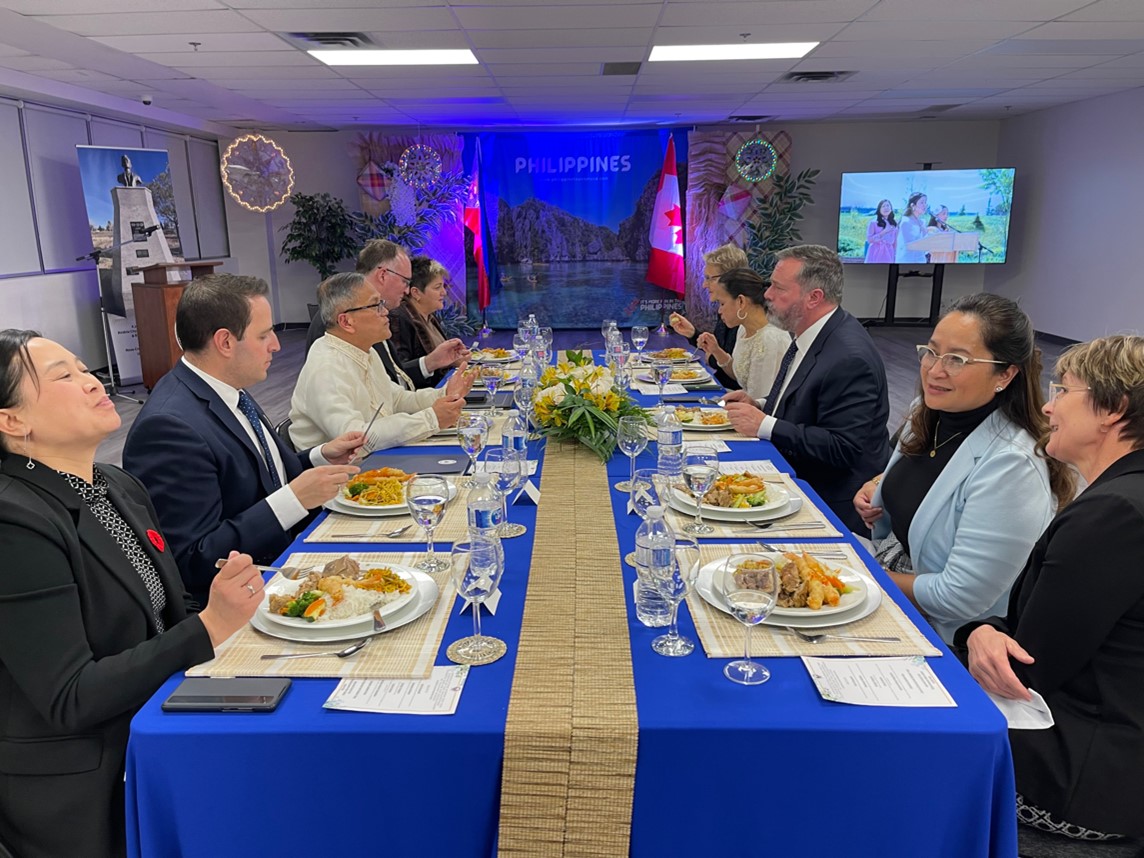 Some of the guests at the Appreciation Dinner hosted by Consul General Zaldy Patron. (Calgary PCG)

Minister Nicolaides, on the other hand, explained that Alberta’s bursary program would lead to more seats in the nursing bridging programs offered by various universities and colleges in the province. This will give more opportunities for the Filipino IEN wanting to enroll in the program.

MRU offers the full nursing bridging program in Alberta while Carewest is Calgary’s largest public care provider and one of the largest in Canada.

Consul General Patron also expressed appreciation to Undersecretary Patricia Yvonne Caunan of the newly created Department of Migrant Workers (DMW) of the Philippines for signing the MOU on behalf of the Philippines.

Likewise, he acknowledged the crucial roles played by the DMW, Philippine Overseas Labor Office in Vancouver, Philippine Posts in Canada, Department of Foreign Affairs, and the Office of the President in the MOU’s approval by the Philippines.

“With this MOU, the Filipino nurses in Alberta, Canada, will have a better chance of practicing their profession in the province and, thereby, realize their full human potentials,” said Consul General Patron. 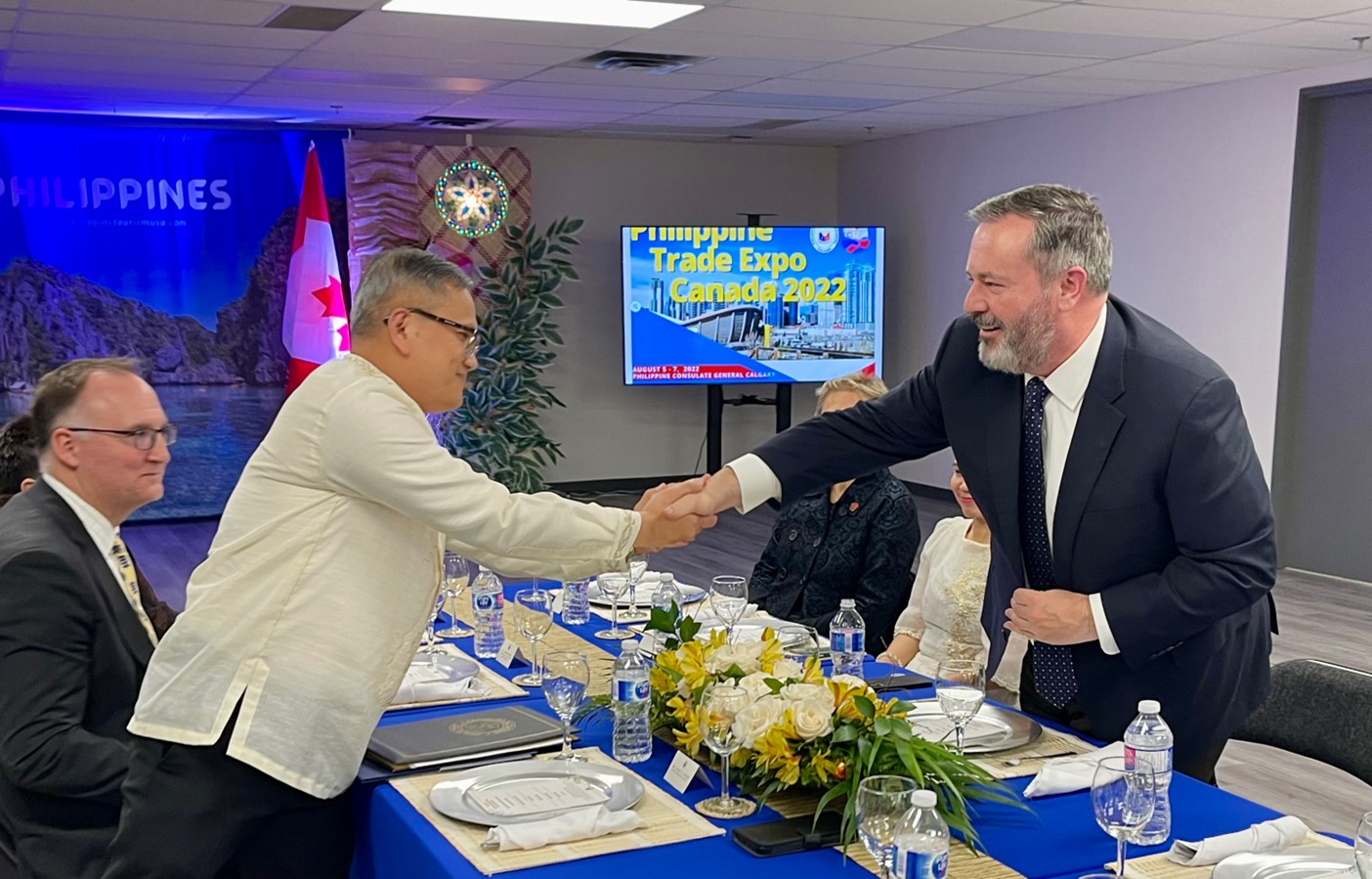 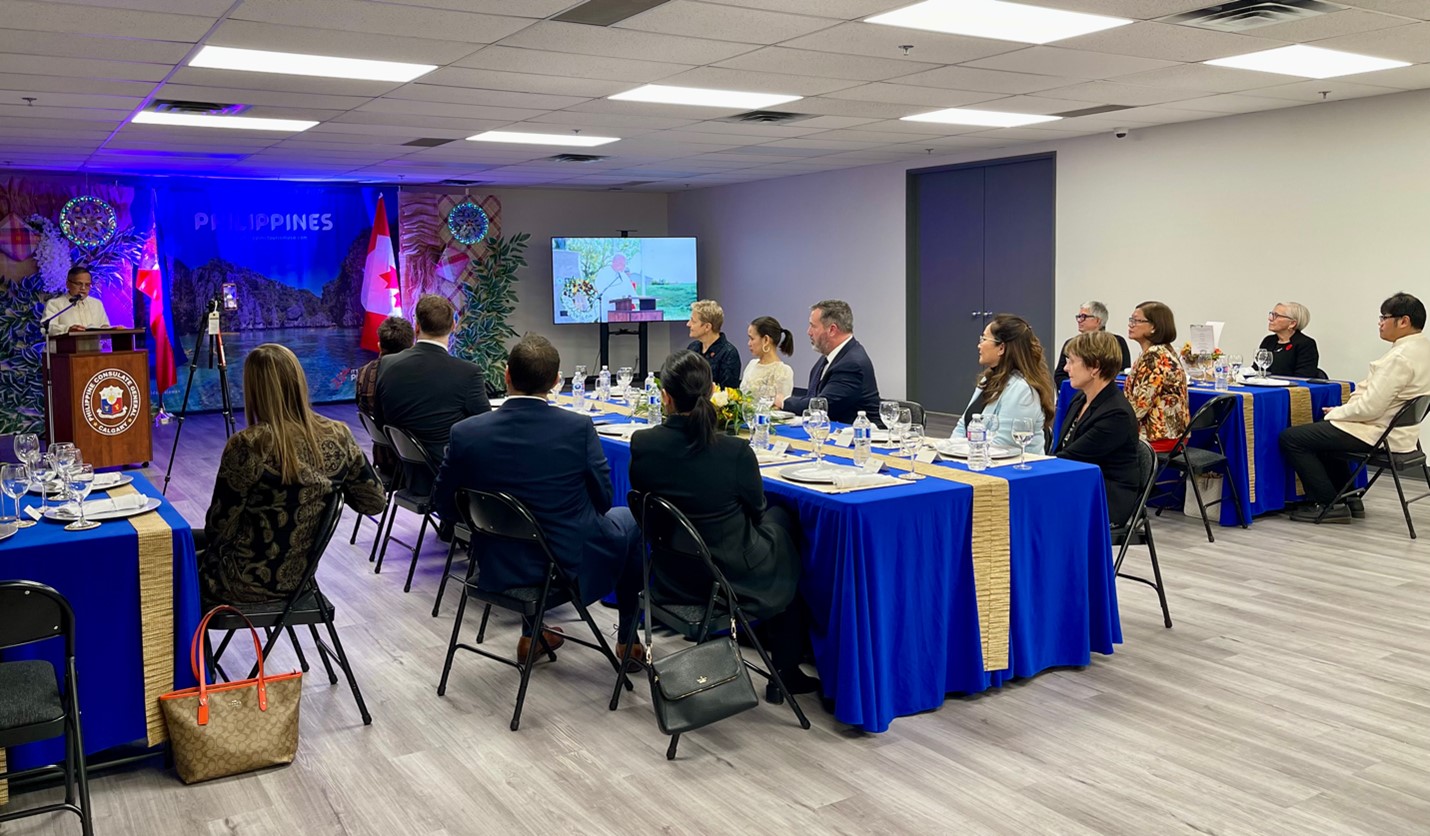