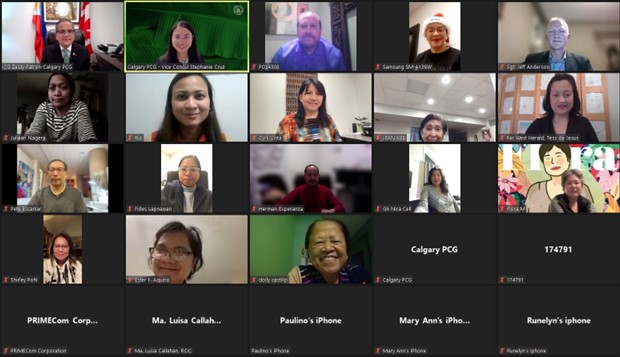 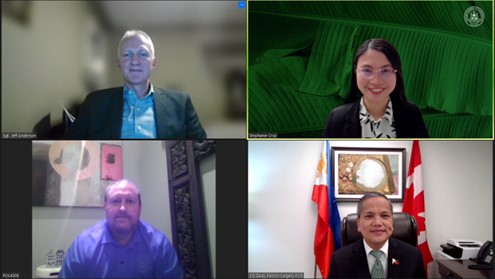 Calgary, 14 December 2022 – The Philippine Consulate General (PCG) in Calgary and the Calgary Police Service (CPS) jointly conducted an online “Briefing on Personal Safety and Domestic Violence” on 1 December 2022 for the Filipino community in Alberta and Saskatchewan.

The webinar, part of the PCG’s Gender and Development program for 2022, was held to support the Philippines’ annual 18-day Campaign to End Violence Against Women (VAW) which took place from 25 November to 12 December 2022.

Citing the report of the Philippine Statistics Authority National Demographic Health Survey Report in 2017, Consul General Zaldy B. Patron said that 1 in 4 or 25 percent of Filipino women in the Philippines, aged 15-49, have experienced physical, emotional or sexual violence from their husband or partner.

Meanwhile in Canada, according to Statistics Canada, 26% of the 400,000 victims of police-reported violent crimes in 2019 were victimized by a family member (e.g., spouse, parent, child, sibling, or extended family member) with women and girl victims accounting for 67% of family violence.

“During the 18-day Campaign to End VAW, we were pleased to collaborate with the Calgary Police Service to raise the awareness of our Filipino community on the issue of domestic violence. It is important that we try to prevent this from happening within our community,” said Consul General Patron.

On the other hand, Cst. Pierre Poitras shared practical tips and measures to ensure one’s personal safety when inside and outside the residence.

In Calgary, those in domestic violence situations can contact the Calgary Police Service through its non-emergency line at tel. no. 403-266-1234 or 911 for emergencies.

Victims of domestic violence can also reach out to the 24-hour Family Violence Info Line at tel. no. 403-310-1818 or the organization FearIsNotLove (formerly known as the Calgary Women’s Emergency Shelter) at tel. no. 403-234-7233 to seek assistance.